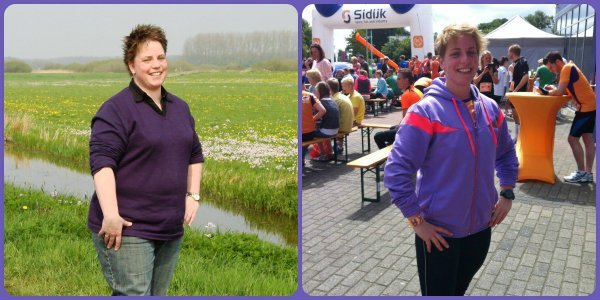 I am so excited to share another inspiring edition of Weight Loss Wednesday with all of you, and to introduce you to the amazing Arenda Franken. Arenda will prove to you what Chris and I have been saying all along?you can do this at home! Pinky promise! 😉 There?s another exciting thing about Arenda?she lives in the Netherlands. Our mission to transform lives has gone GLOBAL! Yay!!! 🙂

So how did Arenda?s transformation begin? It?s an awesome story! Back in February 2013, when her weight had hit 251 pounds, she was watching Extreme Weight Loss and wishing, like so many of you, that she could do what our peeps on the show were doing. During one episode, Chris said, ?The only one who can change you is you!? That was Arenda?s light bulb moment, and she knew Chris was speaking the truth. She made that first promise to herself and planned out the first steps of her transformation journey:

Step 1: Put yourself first. Like so many of you, Arenda was a people pleaser. She realized that if she was going to achieve her transformation goals, she was going to have to learn to say ?no,? and when she did say ?no,? she was so surprised at how those around her were so supportive of her and her goals!

Step 2: Join a gym. Even though it was so scary, she mustered up her courage, and she did it. She started with cardio and weight training, and it wasn?t easy, but she kept at it. She didn?t let anything or anyone get in the way of her workouts, and she watched EWL to help her stay motivated.

Step 3: Follow a good nutrition plan. Here?s what she did: Eat healthy foods (including lots of fruits and vegetables), watch portion sizes, count calories, eat treats occasionally (and stick with a handful instead of the whole bag!), and find ways to make those favorite foods healthier. Recipes from our good friend, Rocco DiSpirito, are some of her favorites!

No rocket science there, because we all pretty much know what we need to do. The hardest part is simply doing it! Well, Arenda followed her plan, and she soon began to see the results of all her hard work, which motivated her to set other goals for herself. One day she said to herself, ?I want to be able to run again.? You see, Arenda loves to run! She used to run as a teenager, but when her weight started creeping up, kids started bullying her, she lost a lot of her friends and spent a lot of time at home, and she quit all sports, including running. And she?s very honest?after those first two minutes of jogging she was totally out of breath and tired, but she did not stop. No matter what. As running became easier, her next goal was to run in a local 5K. When she ran that 5K five months into her transformation, she?d already lost 45 pounds! People were noticing her physical changes, and that motivated her to try even more new things: Spinning, Zumba (including a Master Class with Kass Martin and Steve Boedt), Joywalking, Steps, and others. But she wasn?t done yet. She set a goal and trained for a 60K (40 mile) bike race. During the race, she fell off her bike! If you haven?t noticed, Arenda is a no-excuses kind of gal, so she hopped right back on and kept pedaling. A half marathon was next on her list, so she trained?in the cold winter Netherlands weather?and finished with a 2:11 time. By this time she?d lost 70 pounds!

When she sent me her email, 1? years into her transformation, she?d lost 93 pounds, and had done things she never even dreamed were possible. Her ultimate goal is to lose 100 pounds, and I have no doubt she can do this. One thing I?ve learned about Arenda…there?s no stopping this lady!

Another thing I love about Arenda is that she knows the importance of paying it forward. She?s sharing what she?s learned during her transformation journey with others, and her health insurance company even featured her in an advertisement to make people aware of the benefits of healthy foods and exercise. How cool is that?! 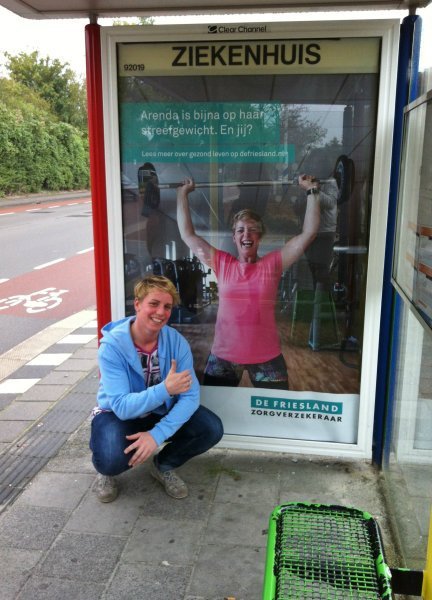 I?ve loved getting to know Arenda better and sharing her inspiring story with all of you. She?s a great example of making and keeping promises, embracing a ?no excuses? mentality, and simply working hard to achieve your goals?no matter what.

There is nothing I love more than hearing (and sharing!) stories like Arenda?s, and in the coming months I?ll be showcasing more amazing transformations achieved right at home. So, tell me?what?s your transformation story? Are you or someone you know on the weight loss journey of a lifetime? I want to hear about it, so please leave your story in a comment below!