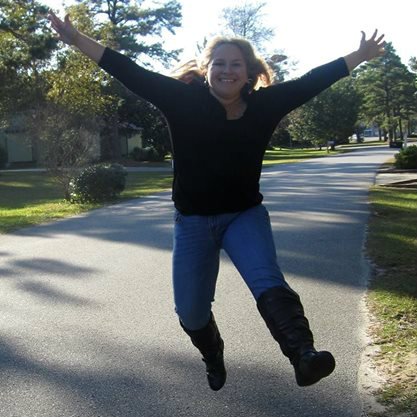 Ready for another inspiring at-home transformation story? You?re going to love Kristen?s story, and I think her experience will really ring a bell with all of you who have tried over and over again, and possibly even fallen from time to time (because we never fail!), on your own transformation journeys. You see, Kristen has achieved not one, but TWO transformations, and learned a whole lot along the way. It?s an amazing story, and I think it fits in perfectly for this time of year when many of us are already working on our goals for 2015. 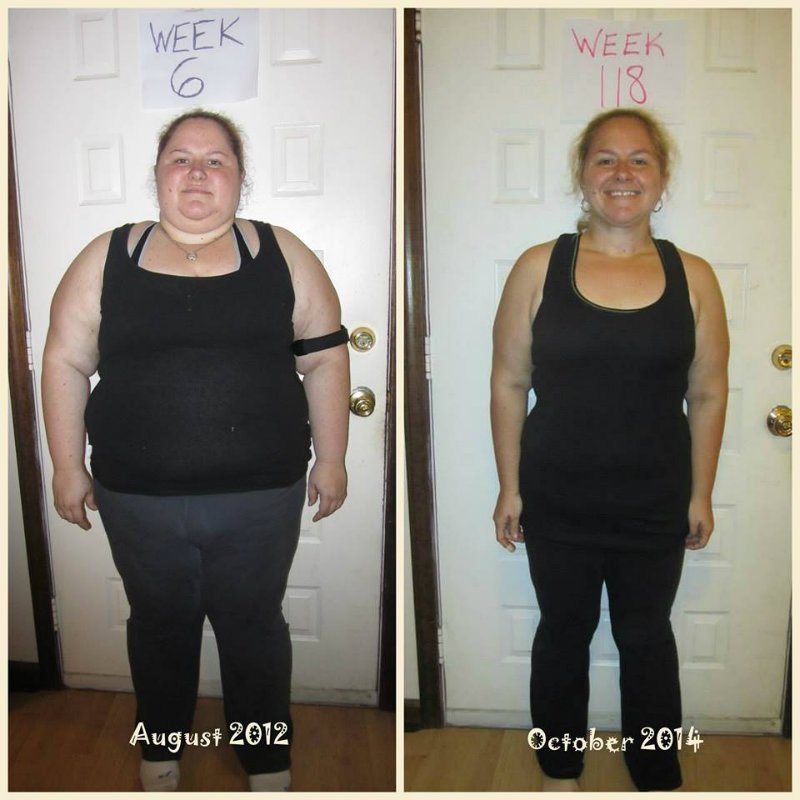 Kristen was overweight pretty much her entire life, and like a lot of us, she tended to eat her way through her problems. By her senior year in college she weighed 270 pounds, which is a lot?especially for someone barely over five feet tall. She knew she needed to make some lifestyle changes, so she started working out at a local gym and eating healthier. She was selected for a local Biggest Loser-style contest where contestants got free training and weekly TV appearances, and that?s when her ?all-or-nothing,? perfectionist personality really kicked in. At one point, she was exercising excessively, living on iceberg lettuce and canned crab, and rewarding herself with six (6!) peanuts for dessert. Her efforts paid off, and she won the contest. But here?s the interesting part: During the contest, Kristen says, ?Nothing I did was ever good enough. It was sick behavior…and I was far from healthy?physically or emotionally.? Tough words, for sure. 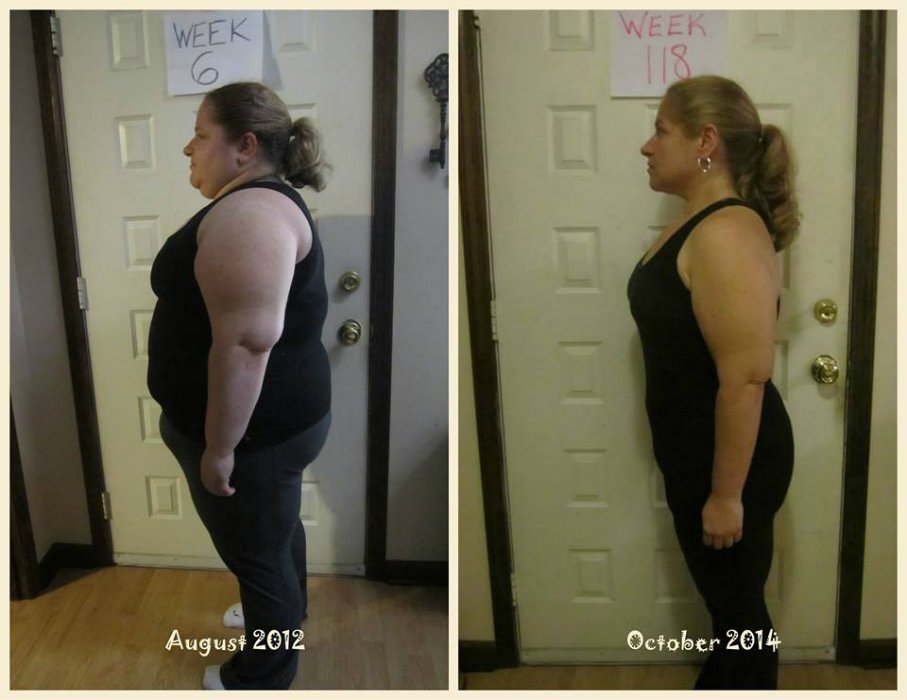 A few months after the contest, Kristen had gained back all the weight she?d lost?and more?and was suffering in every way possible. She couldn?t climb one flight of stairs, she hid her scale, and she became a hermit. She so badly wanted to do the things her friends were doing: Get married, have babies, and simply live life. She felt like a 27-year-old stuck in a very unhealthy 80-year-old body. She became invisible, and she hated herself.

Kristen wrote a letter to Chris in June 2012, asking for his help, but never sent that letter. She realized she was the only person who could rescue herself, so at 328 pounds, her second transformation journey began. She started eating healthy foods (not ?diet? foods), working out at the gym (even though she was totally embarrassed), and after losing 100 pounds, found her exercise ?soul mate??running.

Kristen hit that dreaded plateau, which lasted for months, but she never gave up! She added strength training to her workout routine and conquered that plateau. Her regular workouts begin at 4:30 a.m. and include an 8-mile circuit where she runs and does several exercises along the way. While people think she?s a bit crazy (4:30 a.m.?), this is her alone time and it keeps her grounded.

While Kristen?s lost an entire person, for her, the biggest and most important changes are on the inside. She now believes in herself and has the confidence to try new things: Surfing, kayaking, and even dating! And instead of being invisible, she wants to be seen! 🙂 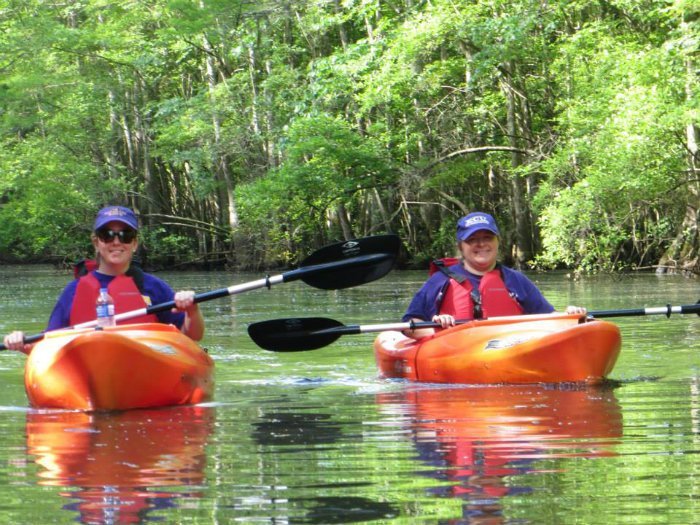 I asked Kristen for her top tips for transformation success, and they are so awesome, I wanted her to share them with you in her own words:

Another thing I love about Kristen?s tips is that yes, they are all about how she completed her own transformation. But you know what? Many of her tips could apply to any goal you want to achieve!

Thank you, Kristen, for your honesty in sharing your story with us. I know your experience and words of wisdom will help so many others who are beginning or struggling on their own paths to transformation. You are amazing! 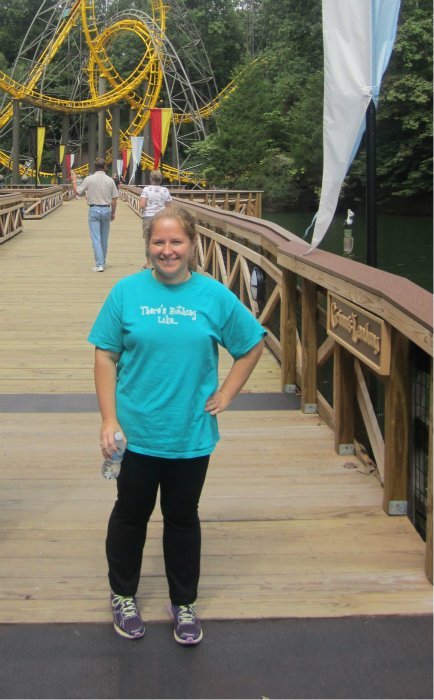 Ready to nail those 2015 transformation goals? No time like the present, right?! Click on this link, and begin your own transformation journey?today?with the same program we use on Extreme Weight Loss. And sign up for our new DietBet challenge that starts NOW??Get Lean in 2015 with Heidi & Chris Powell.? Bet $30, lose 4% of your body weight in 30 days, and win! Go to Dietbet.com/chrispowell for all the info, and join our Get Lean in 2015 team!

Want more inspiration? Check out these other amazing at-home transformations: